​​​​​​​The competition was held at Hadlow Rural Community School, in front of a large audience that included the Mayor and Mayoress of Tunbridge Wells, and the Mayor and Deputy Mayor of Tonbridge. There were seven speakers in this Kent final from six different schools, including TOGS, TWGS, TWGSB, Hadlow College and Walthamstow Hall.

The full title of Izzi’s speech was “The ‘traditional’ British high street is dying, with independent shops and chains closing at an alarming rate, impacting on employment and community. How could this situation be salvaged?”

Izzi spoke superbly well; she was clear, well-paced, and her speech stood out for being particularly well structured and analytical. It was no surprise that she was announced a worthy winner on the night. As a reward, Izzi then got to repeat her speech in front of the whole School at the next Headmaster’s assembly! Izzi will also have the opportunity to deliver her speech again at the main Kent Showcase final of the Company Competition, in the summer term. 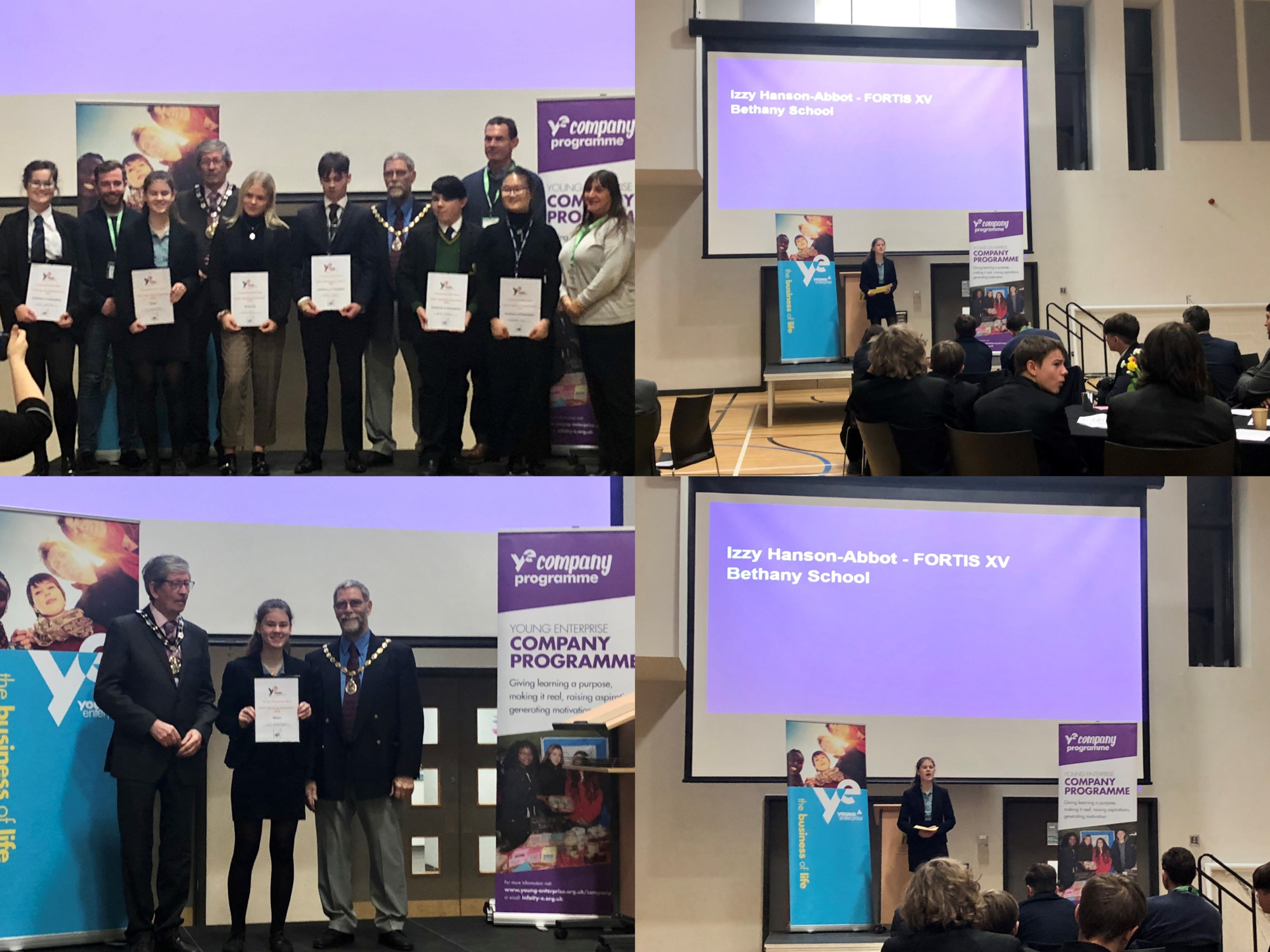