​​​​​​​On Tuesday, the U15’s played against Dover College. With a few players missing due to illness, we conceded a couple of early goals in the first half which gave Dover College the momentum and confidence to add to their total. In the second half, we came out with more structure and positive play.

Moving the ball well through the pitch with more attempts on goal and we were unlucky to score with Tilly Hinde missing by millimetres. At the other end, Bea Westbrook made some phenomenal saves only allowing Dover to score 1 in the second half. The final score 6-0 to Dover College whoever the scoreline does not reflect the effort of all the players and especially in the second half. 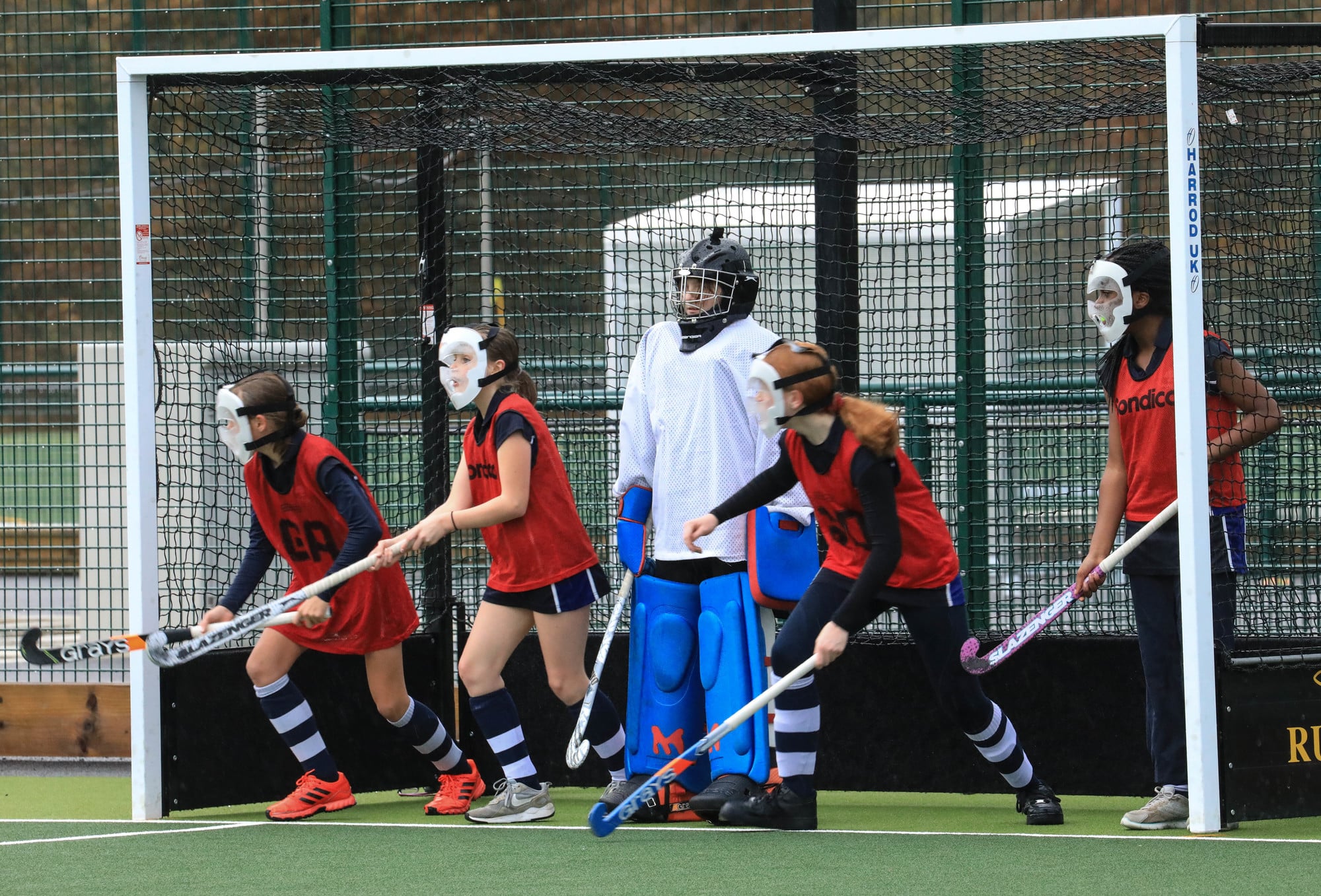 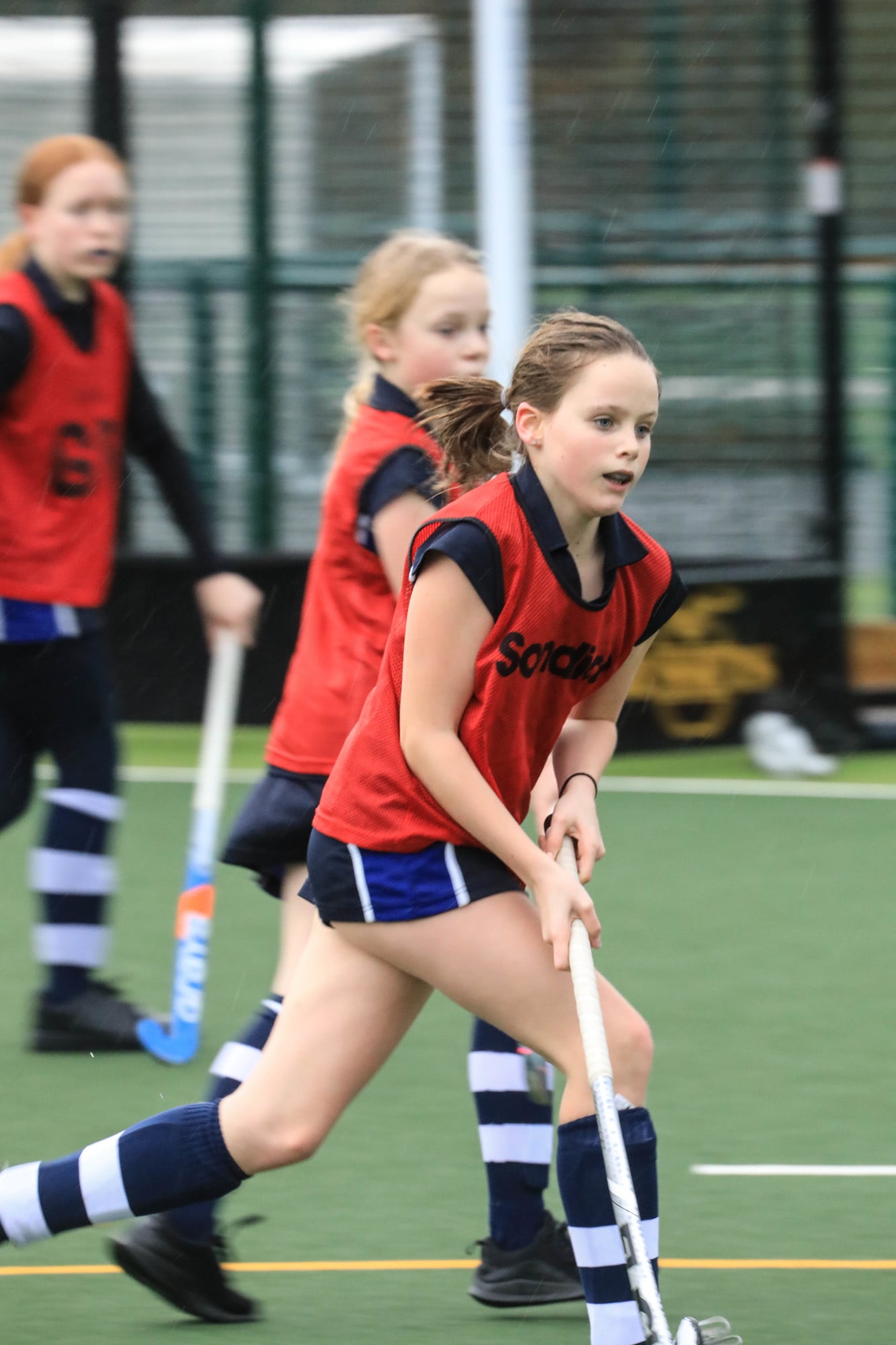 The U13a team played a very competitive game of hockey against Claremont. Playing four quarters we finished the first quarter 2-0 down. In the 2nd quarter, we fought back with Elsa Taylor’s skilful play scoring a clinical goal. However, due to an error in our defence, we conceded again with Claremont scoring a third to make it 3-1 at half time.

After the break, we made outstanding progress with the defence keeping out numerous Claremont short corners, we improved our structure and kept the pressure up the pitch by defending in Claremont’s half. Elsa again took the ball through Claremont’s defence to score our second goal. In the final quarter, Bethany scored 2 more brilliant goals and was unlucky to not score more.

Final score: 5-4 to Claremont
Player of the match: Gwyn Rabbets (who made some outstanding passes and tackles in the D)
Coaches player: Elsa Taylor

Our Under 13 B team performed their best match of the season against Claremont on Wednesday.

Bethany had appeared to have learnt from the mistakes of their previous couple of fixtures and were mentally much better prepared and focussed from the start of the match. The girls worked tirelessly throughout the pitch and had the majority of the play in the first half.

A great save from Sienna T-G and clearance from Ella Smith prevented Claremont going up 1-0, however, Claremont caught Bethany off guard and a goal was conceded before the end of the first half. Some great attacking play from Emilia Dillon, Emily Fraser and Rachel Sherwood, put Claremont under huge pressure in the second half and the goals that were conceded as the match progressed were in no way a reflection of Bethany’s performance.

Miss King was extremely delighted with all of the players’ hard work and excellent attitude in this fixture and although the final score was 3-0 to Claremont, the game felt like our victory.

A good start by King’s saw them dominate the open exchanges with no score, thereafter some good focused play by Bethany saw the 1st XV spend a good 25 minutes of the first half in the opposition’s 22.

A number of good scoring opportunities from driving line outs and pick and drives from the base on the line were held up or knocked on until Bethany scored through a good drive by Ben Clements.

Sadly we could not add the conversion. The second half was largely played in the middle of the pitch with Bethany’s defence dominating the King’s attack but after conceding four consecutive penalties King’s found a way over the try line to score.

As darkness fell, the game was dominated by handling errors from both sides and finished as a 5-5 draw. Overall we defended very well and it was a very fair result to both teams.

The 2nd XV played The King’s School, Canterbury on Thursday. In a very fast and physical start to the match, both teams attacked with pace and defended with high impact tackles.

King’s broke through Bethany defence on a number of occasions as the half progressed and took a 30 point lead into half time.

The second half saw Bethany play more attacking rugby inside the opposition 22, and after some physical pick and drives, Archie Niell crashed over line under the posts.

Bethany continued to match King’s School in the second half with strong rucks and powerful running from Archie Niell, Johnny Davies, Jo Rourke and Dan Akowe. Bethany were again rewarded when Johnny Davies crossed the line in the corner after quick-thinking from a lineout.

The second half finished 12-12 and congratulations to all on a great half of rugby and Jo Rourke on captaining the team well this season.