I am a local boy, as my parents have lived in the Horsmonden area since 1962. I went to Horsmonden Primary School then on to Bethany School following in my brother, Roger’s footsteps, who was two years ahead of me.

After A Levels I went to Oxford Poly (now Oxford Brookes University) where I graduated with a 2:1 in Geology and met Lindsay my wife who was studying History and Sociology. Our first “date” was to see Noddy Holder and Slade at the Poly !!!

I worked in the oil industry as a “mud logger” for a couple of years in the North Sea. Still a form of amusement when I describe what a “mud logger” is. Amazing experience which I will never forget but after a while there were only so many helicopter flights and 12 hour shifts one could take. In those days a highly dangerous environment…Piper Alpha was a couple of years after I left the Industry.

I decided to make a pretty drastic change in career when job opportunities were becoming scarce in the Oil Industry.  I used my grounding in Maths to qualify as a Chartered Accountant and became a Partner in McBrides Chartered Accountants in Sidcup, Kent in 1998 where I remain as one of eight Partners and now head up the Corporate Finance team dealing in mergers and acquisitions. We have 50 members of staff.

I am married to Lindsay (we have moved on from Noddy Holder to AC/DC now !!) and have two children; Tom who is 25 and Olivia who is 20. We have lived in East Malling for the last 15 years – a stone’s throw from Bethany.

I became President of The Bethanians’ Society a few years ago, staying on for two years. I have been on the committee as Treasurer for the last 18 years.

I love any sport going especially golf and football and Leeds United with a passion. Anything to do with the stars, the world we live in, the amazing aurora borealis… they all tick the boxes. I love to ski and play the guitar and play golf all probably to the same standard – the Olympic downhill ski run at Val d’Isere took me 15 minutes longer than the gold medallist in the winter olympics so that probably says a lot about my skiing, guitar playing and how I hit the ball. Recently Lindsay and I started to learn Ballroom and Latin dancing – watch out Kevin Clifton!! 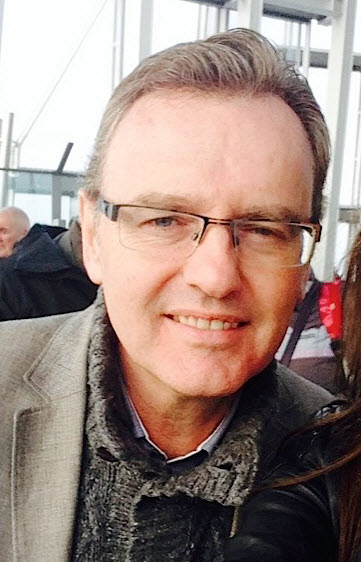