​​​​​​​On Wednesday evening last week, pupils from all ages put on stellar performances for our annual Christmas Concert.

Held in the Function Suite, the concert welcomed Parents, family and friends for a host of festive favourites and old classics. The show opened with an upbeat modern rendition of Chuck Berry’s “Run Rudolph Run” which immediately captured the audience and set the tone for the evening.

The event saw a range of performers take the stage which included pupils lower down the school such as Milo Gross, Charlie Morrell and Bertie Green performing an original song, all the way to our Year 12 Music Performance group who performed two contrasting pieces that engaged the audience greatly.

Class 8A were invited back to the concert this year after their standout performance in Year 7 last year and this time they were able to demonstrate their knowledge of The Blues which they had been learning during their music lessons.

They then passed on the torch to Class 7A who performed an excellent rendition of Pachelbel’s Canon in C. An unbelievable amount of organisation went into the evening from our Performing Arts staff and this all clearly paid off as our pupils and Parents went away with a real buzz from the evening. 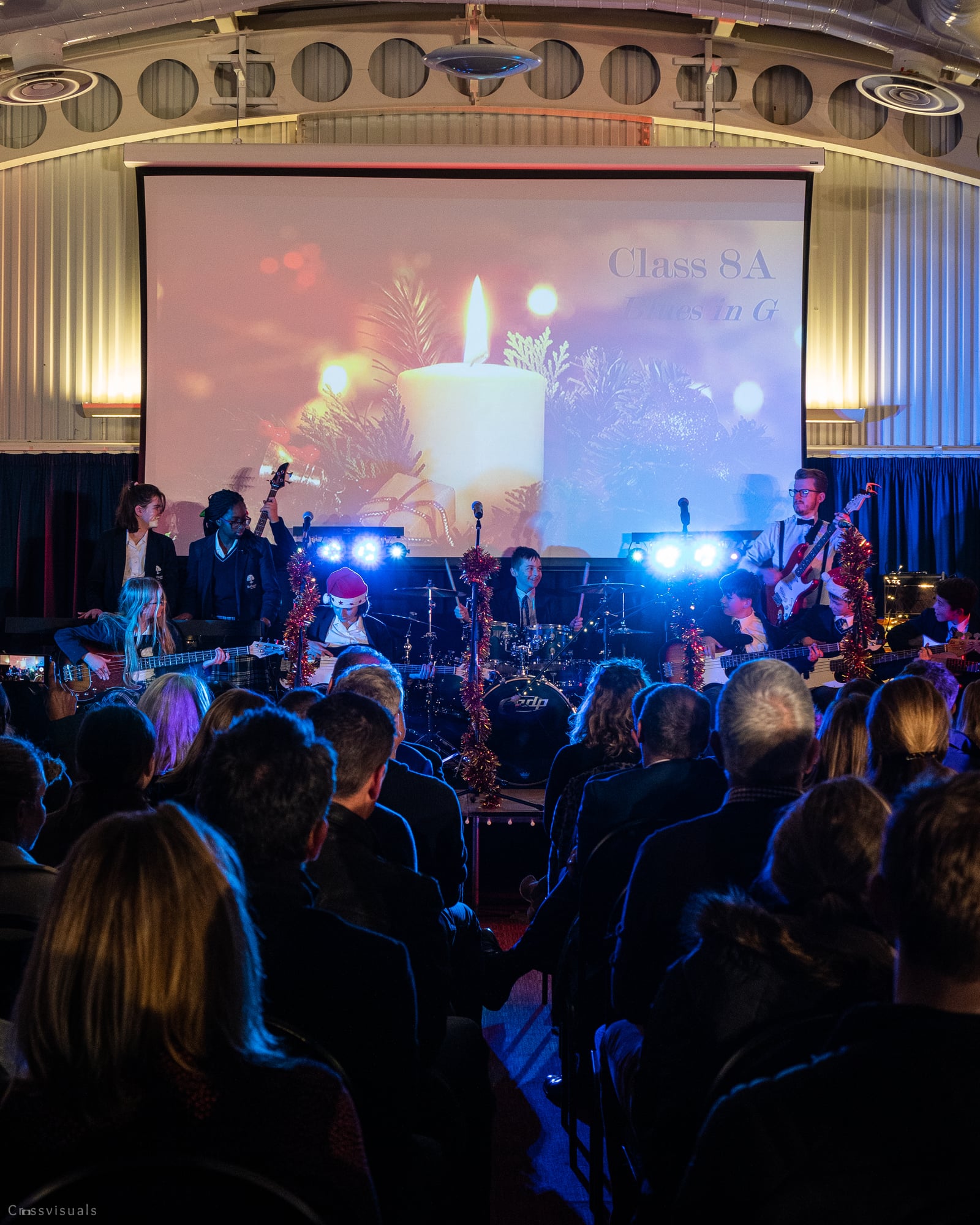